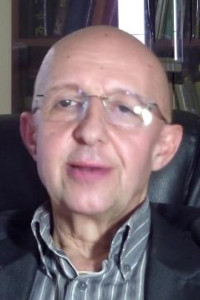 Marius Crisan was born in Timisoara, Romania in 1955. He received the M.E. and Ph.D. degrees in Electrical Engineering from Polytechnic University of Timisoara, in 1980 and 1993, respectively.

From 1980 to 1984, he worked as a hardware designer in industry. In 1984, he joined as research engineer the Department of Automation and Applied Informatics at Polytechnic University of Timisoara. Since 1985, he has been with the Department of Computing and Software Engineering at the same university, where he was teaching assistant, became a lecturer in 1990, an Associate Professor in 1994, and a Professor in 1998.

From 1995 he taught Artificial Intelligence, Machine Learning and Cognitive Models, VLSI Design, and Theory of Computing. He collaborated in several research contracts in the field of robot control, computer testing, data acquisition systems, and artificial intelligence. He was director of seven research grants, author and co-author of five patented inventions and over 80 technical publications. He is member of IEEE and ACM.

His primary research interests include natural language processing and modeling, cognitive science, information theory, and artificial intelligence. His current research work deals with the developing of a cognitive model of natural language understanding based on dynamical systems.