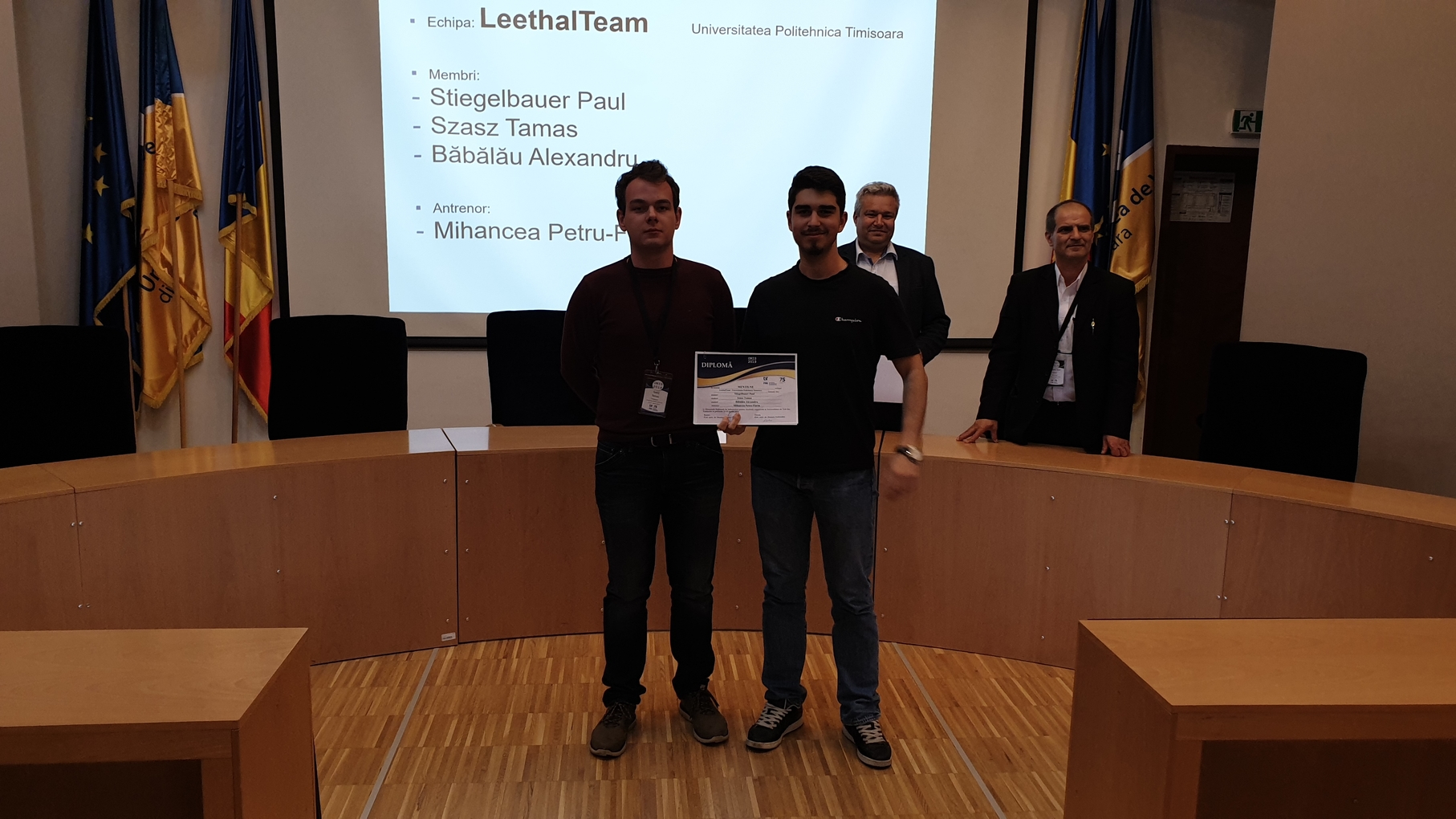 LeethalTeam, a team of first year students in Computers at the Faculty of Automation and Computing, Politehnica University of Timisoara, received a Honorable Mention at the National Informatics Olympic Contest for Students (ONIS 2019). Hosted by the West University of Timisoara between April 12th-14th, 2019, the contest gathered 37 teams representing all the major universities in Romania.

LeethalTeam, which ranked 5th at ONIS 2019, is composed of Alexandru Băbălău, Tamas Szasz and Paul Stiegelbauer, and is coordinated by Dr. Eng. Petru Mihancea.

ONIS has the same format as the prestigious ACM International Collegiate Programming Contest, in which a team composed of 3 students must use a single computer to implement the solutions to the specified programming problems. This year, for the teams in Timisoara the results at ONIS counted also as local heat results for the ACM-ICPC contest in order to qualify to the next round, i.e. ACM-ICPC national heat. More details can further be found here. 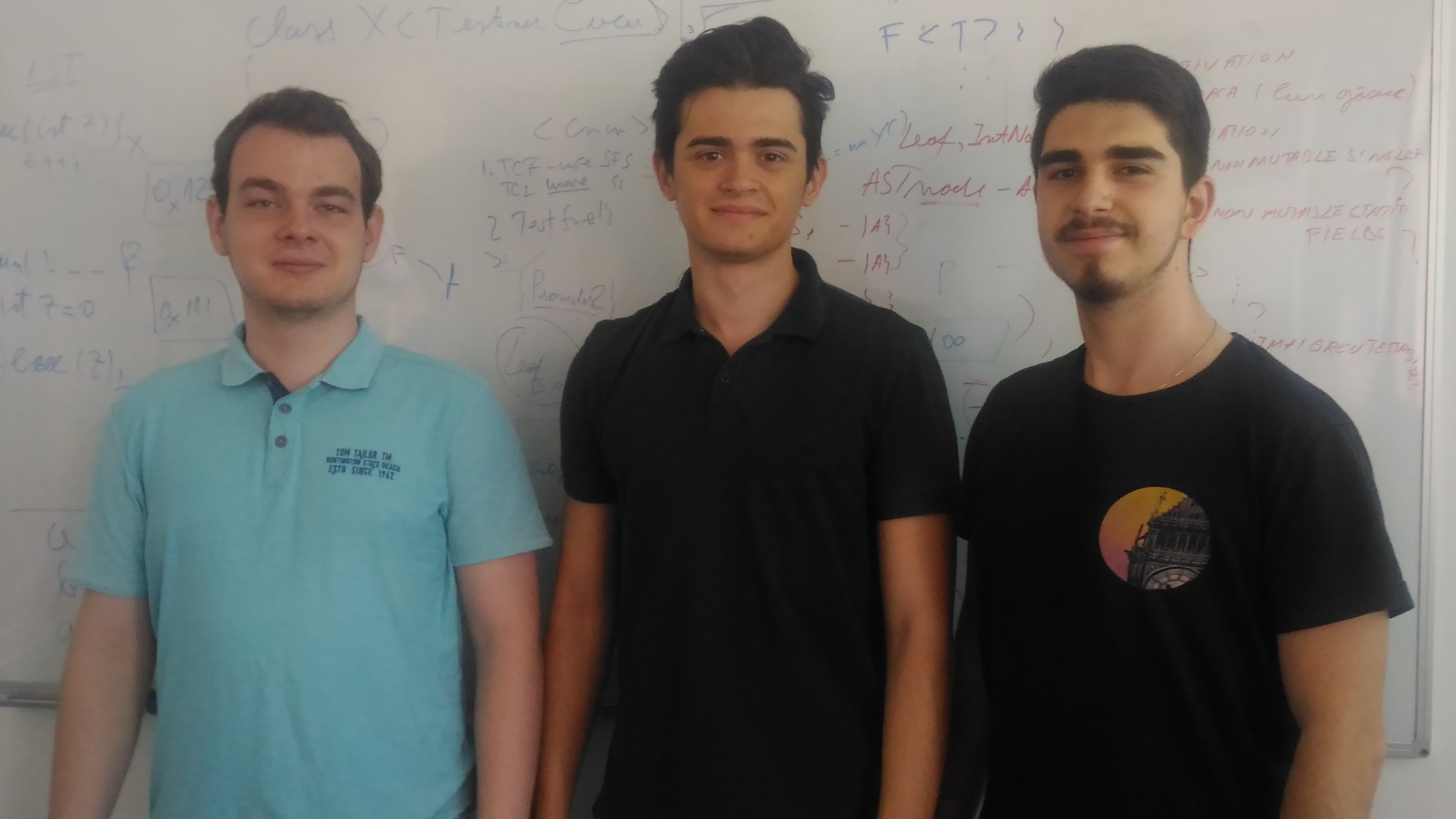