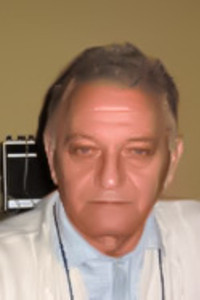 Professor Strugaru was born in Iasi on 26th of April, 1938. In 1955 he graduated “Traian” School in Drobeta Turnu-Severin and in 1960 received his B.S. from the Faculty of Electrical Engineering at the Politechnical Institute of Timisoara, in electromechanics.

After serving, for a short time, as an engineer at Independenta company in Sibiu, in 1961 he joined the academic staff at the Politechnical Institute of Timisoara, dedicating his whole life to the development of the Computers School in Timisoara, the first of the kind in Romania.

Between 1970 and 1971 he benefited from a grant at the University of Illinois in the United States; at his return, in 1973 he defended his Ph.D thesis entitled “Logical Organization of Microprogrammed  Control  Units”. In 1977 he became a reader, and in 1990 a professor at the Department of Computers. Between 1983 – 1992 Professor Strugaru acted as Head of the Department of Computers, competence and professionalism being the hallmarks of this activity.

At the same time, Professor Strugaru proved to be a genuine teacher, attracting his students by the high scientific level of his interactive courses and laboratory works.

From among the fundamental subjects taught we could mention “Peripheral Devices”, “Computers and Programming”, “Computer Programming and Usage”, “Computer Networks”, focusing mainly on computing, his favorite subject.

Each and every student in the computer studies had attended the courses and laboratory works of Professor Strugaru. As a PhD supervisor, as a coordinator of B.S dissertations, research projects, design teams and student science teams, Professor Strugaru dedicated his life and activity to the computer science accomplishments at the Politehnica of Timisoara.

His teaching and research activities complemented each other, envisaging new research directions such as: the design and creation of a high speed digital computer; new logical patterns for micro programmed control units; research, design and creation of industrial testers, microprocessor-based computers, and personal computers as of 1978; implementation of microprocessors based on the 8080 microprocessor; signal supply , transmission and reception of modular signals on radio frequency signals; industrial robots control and many others.

For his pioneering activity in the field of robots he was the recipient of the “Traian Vuia” prize of the Romanian Academy in 1983.

In 1986 a group of researchers guided by Professor Strugaru designed and achieved an experimental model of the microcomputer TIM-S in the research laboratories of the Department; the prototype was mass produced at the Computer Memories Factory of Timisoara until the factory was closed.

In 1992 Professor Strugaru was appointed  President of the sub-commission “General Systems and Cybernetics” of the Timisoara Branch of the Romanian Academy and in 2005 he became Honorary Member of the Academy of Technical Sciences of Romania.

Moreover, the complex personality of professor Strugaru revealed a keen observer of everyday life, a connoisseur of politics, culture, arts, sports and science. His permanent curiosity, thorough interest in novelties turned him into a vivid interlocutor, approaching the essence of various phenomena, forwarding a surprising and unique vision.

Thus, the academic community of Timisoara has lost a most valuable colleague a remarkable member of the academic staff, a man of character. Professor Strugaru has been considered as one of the founders of the first School of Computers in Romania at the Politehnica of Timisoara; the present generations owe him, and the generation of forefathers, all their accomplishments.